The H910 Harmonizer® was the world’s first digital effects processor. With its unique combinations of pitch shifting, modulation and delay, the H910 can be heard on countless ground-breaking works by artists from AC/DC to David Bowie to Frank Zappa. Simply put, nothing sounds quite like it.

Two is Better than One

When you purchase the H910 Harmonizer® plug-in, you also receive Eventide’s exclusive H910 Dual Harmonizer®. This version recreates the popular technique of running two H910 units in parallel to create lush doubling and other interesting effects.

If interested in purchasing, come on back to this page! 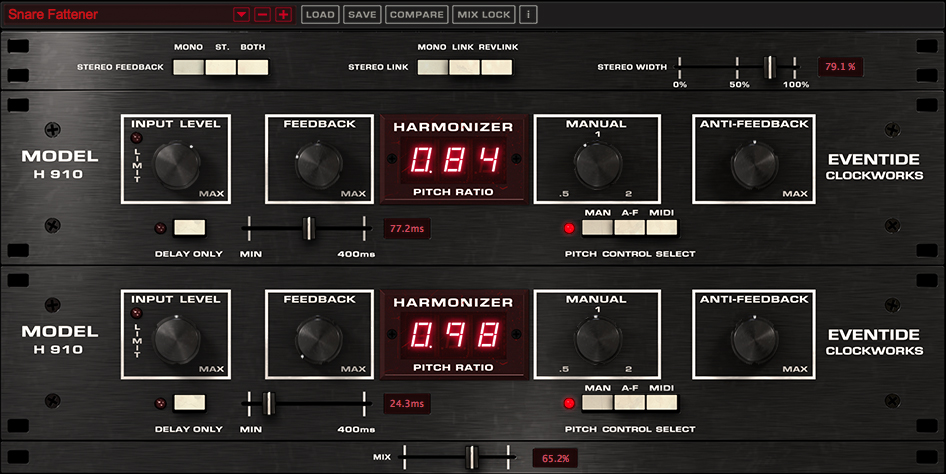